"There has been a great resurgence in the appreciation and collecting of prints, both old master and modern.  Part of this is due to availability . . . And most important, the quality and intrinsic importance   . . . of the prints themselves."

Picasso, Braque, and Léger: Twentieth Century Modern Masters might seem too much like a historical overview to some.  The questioning may have some merit.  Just how historic could modern art be, one might ask.  In the case of Pablo Picasso, Georges Braque and Fernand Léger, all three men were born in the nineteenth century.  Their art began at a time in history when post-impressionism was still in vogue, and they looked to the works of Paul Cézanne (1839-1906) for inspiration and direction.  It was, however, what they created that became known as modern—not contemporary—art.

It might also be asked why these three painters are featured in an exhibit about modernism while others are excluded.  Certainly, artists such as Juan Gris, Joan Miró, Marc Chagall and Henri Matisse were modern masters.  The significance of Picasso, Braque and Léger is that they were the early founders of Cubism, the key movement in modern art.  Cubism has always been confusing to those who have confronted it.  Braque and Picasso never explained it.  There also seems to be a gap between Cubism and other movements of modern art (examples include Surrealism and Abstract Expressionism) that have evolved because of Cubism, but with no real relationship to its ideas, variations or characteristics.  With the passing of time, the importance of Cubism was established in the evolution of modern art and remains so today.

Picasso and Braque worked closely together until the outbreak of World War I, during which time they lived out one of the most fabulous adventures of modern art.  Léger established his bare, massive style at the same time.  In the years following the war, Léger became increasingly fascinated by the industrial civilization, and even made humans a part of the mechanical universe in his art.  Picasso moved through a series of styles including synthetic cubism, neoclassicism and surrealism.  It was said that he invented a new style each time that he fell in love with a new woman.  As for Braque, he was a great innovator both in his early career as well as in his later years.  His focal point was not to paint the tangible objects but the space between the objects.  Throughout his life, he remained focused on creating works of art that addressed ‘negative space’.  This is why, perhaps, his bird series was so successful.

Picasso, Braque, and Léger left behind extensive legacies through the medium of printmaking.  Their legacies can be observed in this well-balanced selection of important prints that include some of the best known examples by each artist.

All shipping arrangements are booked and managed by CMPE.

CMPE will obtain cost estimates and provide complete scheduling arrangements from our storage facility to the borrowing institution, as well as return arrangements. USArt is the designated carrier for this exhibition.

One hundred (100) original prints from six decades of modern art by three of the most important artists of the twentieth century.  There are also six (6) wall panels.  All prints are framed with UV-3 plexi.  Seven of the prints are shipped and exhibited in secured wall vitrines.

CMPE will provide a detailed list of works organized into groupings based on their subject matter that will help docents and museum visitors comprehend the vast amount of works in the exhibition.

*Note:  This Exhibition requires on-site CMPE personnel supervision of the unpacking and installation (as well as the dismantling and packing) of all works of art (total of seven) that ship in secure vitrines. 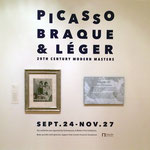 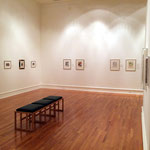 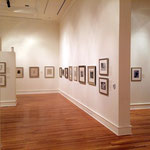 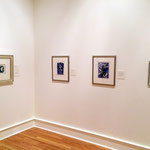 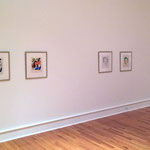 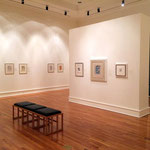 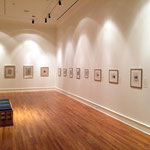 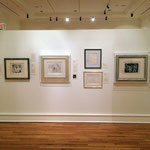 Additional guides can be provided at cost.

The exhibition is fully documented in a 136-page book publication with checklist, didactic interpretations, and record of provenance on each of the prints included in the exhibition. [Museum Store discount 33% or up to 40% on orders of 12 or more.]

Scanned images, bio and chronologies as well as special focus stories will be provided to the museum for distribution to the news media.

Essay materials and student ‘in-gallery’ assignments  are provided for distribution [may also be used for docent training].