Picasso Masterworks includes several rarely seen or documented works from one of the finest and most important private collections in the world.  Throughout Picasso’s long and productive career, he produced a prodigious amount of work in a variety of mediums, none more important than his graphic output, and perhaps more so than his ceramics, sculpture and painting.  It is surprising that many of his rarest examples of art, such as etchings from 1910 thru 1914, provide us with greater insight into this modern master and a better understanding of relationships that he had with other artists and creative minds whom he associated with before and between the wars of 1914 and 1937.  This is an exhibition that might have been called ‘Picasso: Between the War Years.’

Brought together for the first time, this exhibition is one of the most impressive and carefully assembled collections of Picasso’s graphic art.  Many art historians believe this creative period to be Picasso’s most important, not just because of his artistic abilities, but also because of historic events that took place in Picasso’s time – the modernization of the world, changing structures of political leadership, industrial and economic growth, war and new destructive forces that had never been seen or imagined by man, and the expression and willingness of people to love and forgive what was perhaps not natural, but real.

This exhibition provides greater insight into the life and works of Picasso, perhaps because it has the ability to breakdown the career and works of the artist, decade by decade, movement and style by movement and style, from his early blue and rose period to the primitive African and Iberian motifs, to cubism, surrealism, classicism and, later, more modern and turbulent abstract changes.  Picasso is one of the most creative geniuses, if not the most creative genius, of the twentieth century in modern art.

Picasso was not just an artist, but also a force in world society.  He expressed his views openly as often as he felt necessary.  When the German and Italian war planes bombed the Basque city of Guernica in 1937, Picasso spoke out and created, in just four months’ time, one of the greatest world masterpieces of art ever produced.  In the process, he produced many drawings and studies that are now well documented, two of which are included in the exhibition with a direct finger pointed at the dictator Francisco Franco Bahamonde, better known as Franco.

Fifty (50) works, includes forty-nine (49) etchings and one (1) lithograph, supported with didactic wall labels, illuminated wall panels and interpretive educational materials.  All prints are framed with UV-3 plexi.  Seven of the prints are shipped and exhibited in secured wall vitrines.

CMPE will obtain cost estimates and provide complete scheduling arrangements to and from the borrowing institution.  USArt is the designated carrier.  All shipping arrangements are booked and managed by CMPE.

Five (5) include the framed works of art; one (1) crate includes illustrated wall panels and explanatory text.

Forty-nine (49) etchings and one (1) lithograph make up the bulk of this collection. There are also four (4) wall panels.  All prints are framed with UV-3 plexi. Seven of the prints are shipped and exhibited in secured wall vitrines.

CMPE will provide a detailed list of works organized into groupings based on their subject matter that will help docents and museum visitors comprehend the works in the exhibition.

Additional guides can be provided at cost. 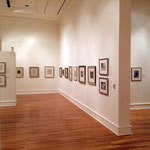 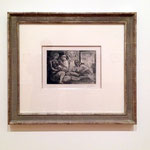 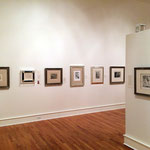 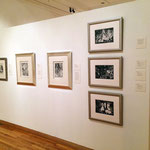 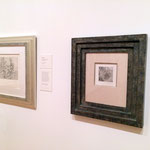 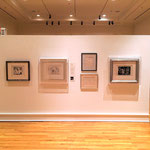 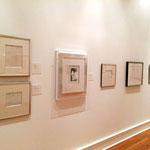 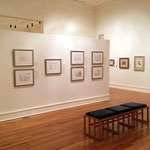 The exhibition is fully documented in a 134-page book with a checklist, didactic interpretations, and a record of provenance on each of the prints included in the exhibition. [Museum Store discount 33% or up to 40% on orders of 12 or more.]

Scanned images, bio and chronologies, as well as special focus stories will be provided to the museum for distribution to the news media.

Essay materials and student ‘in-gallery’ assignments  are provided for distribution [may also be used for docent training].